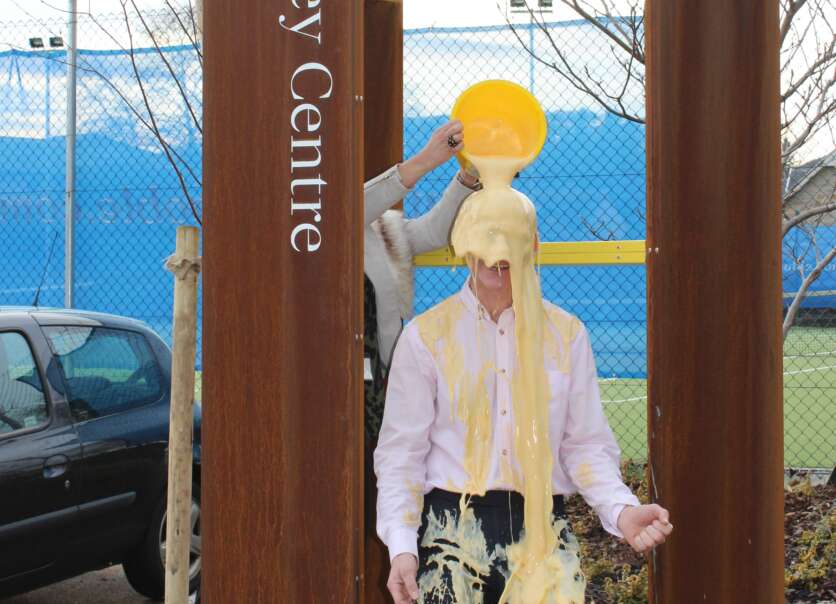 Highland Hospice has announced spectacular plans to turn the Highlands yellow from Monday 24 to Sunday 30 April, with the introduction of a brand new Custard Challenge.

Fundraisers at the charity are urging people to get messy by nominating a boss, colleague, friend or family member to have custard thrown over them on camera. They should then share the footage on social media with the hashtag #wearyellow to encourage others to do the same and donate to the Hospice.

If the thought of custard doesn’t appeal, support can be shown by wearing yellow to work or school or organising a bake sale, coffee morning or any other event during this special week.

Although activities can run at any time during the week, Friday 28 April has been named as ‘#wearyellow Day’ when most activities tend to take place.

The brand new Hospice building on Bishops Road, which opened its doors to patients last November, will be illuminated in yellow all week with fairy lights around the grounds. Eastgate Centre will be displaying a large yellow sunflower emblem on its building at Falcon Square.  Meanwhile, Bobby the Bee, the Hospice’s own mascot will also be to the forefront all week, encouraging supporters to join in the fun.

Community Fundraiser Carrie MacIntyre explains, “Last year’s Fundraising Week was a great success with around £13,000 being raised all over the Highlands. #wearyellow is a great way for anybody to get involved in supporting the Hospice, whatever your age or occupation.  We can’t wait to see footage of the Custard Challenge and have already taken the opportunity to throw custard over our Director of Fundraising Andrew Leaver – all to promote the appeal of course!”